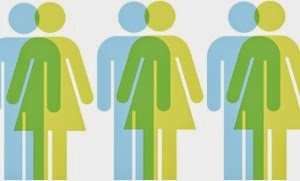 Pronoun ‘hen’ can be used without revealing gender – either because it is unknown, because the person is transgender, or the information is superfluous


The pronoun ‘hen’ caught on in 2000, when the country’s small transgender community latched on to it, and its use has taken off in the past few years.

The pronoun is used to refer to a person without revealing their gender – either because it is unknown, because the person is transgender, or the speaker or writer deems the gender to be superfluous information.

“For those who use the pronoun, it’s obviously a strength that it is now in the dictionary,” one of the editors, Sture Berg, told AFP on Tuesday. The word “hen” was coined in the 1960s when the ubiquitous use of “han” (he) became politically incorrect, and was aimed at simplifying the language and avoiding the clumsy “han/hon” (s/he) construction. Link to the full article HERE

Gary Nunn: Is it time we agreed on a gender-neutral singular pronoun? 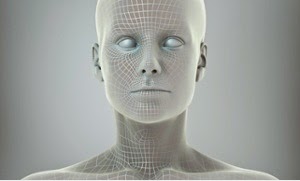 Some argue we need one for socially progressive reasons. Others simply want one to perfect their writing. But so far more than a hundred attempts have failed


One use for a gender neutral singular pronoun could be to refer to androgynous robots and androids. Photograph: Alamy

Language, like life, feels easier to deal with if we arrange it into binaries: Wrong/right; Gay/straight; Labour/Conservative. Terms lurking between the two poles are often unfairly maligned. We’re often wary of anything that is neither one nor the other: Justifiable homicide; Bisexual; The Liberal Democrats.

The same goes for him/her. We seem far more comfortable when people are either men or women. The reality is different. There are people who self­-define as neither, as gender-non­binary. To those who see gender as a construct, this makes perfect sense. But the English language fails to reflect it.

A universal gender­-neutral pronoun – something to capture everything between he and she – would resolve this, and other issues. For non-­atheist progressives, it would give them a gender-neutral God. It could describe androgynous robots. A third­ person pronoun would also help us hacks with our word counts and copy neatness; writing his/hers every time (for those of us who on principle refuse to default to ‘his’) feels untidy and inelegant.

For those now considering commenting to suggest that there’s a perfectly fine existing neutral pronoun – “they” – remember that pronouns must match both gender and number. So in the case of single individuals, it’s grammatically inaccurate.

And for those complaining this is a “PC gone mad” linguistic ambush by the modern trans lobby, this fascinating blog by Dennis Baron charts more than 100 (failed) attempts over 150 years to coin a gender­-neutral singular pronoun. The elusive term – still not agreed upon – has been labelled the ‘hermaphrodite pronoun’, the ‘bi­personal pronoun’ and the ‘unisex pronoun.’ Link to the full article HERE