Luke Richards (Econsultancy): What are internet consumers most concerned about online?

Recent data published by Statista analysed 1.5bn visits across 20,000 global sites to see how much web traffic was human and what proportion was computer generated.
It might be surprising to some that most of the web traffic they analysed was in fact not generated by real users. 44% came from human site visitors, while the remaining 56% was considered non-human.
Of course, not all non-human traffic is untrustworthy or insecure. According to Statista’s data, however, half of non-human traffic is potentially malicious with a majority of that likely to be impersonators – bots faking sentience and striving to get users to click dodgy links.
What are internet consumers most concerned about online?With more than a quarter of web traffic suspected to be malicious, do the concerns of internet users reflect the actual likelihood that a quarter of web activity comes from the web’s more malicious corners?
Recent US data from Center for the Digital Future looked in great depth at the worries of American internet consumers. When it comes to violations of privacy, corporations are the biggest concern with 53% of users concerned about corporations violating their privacy online.
Presumably this includes big well-known businesses such as Google and companies who are less than trustworthy.
It is perhaps expected, then, that the threat of actual people violating privacy of internet consumers was less of a concern. Still, 39% of users did admit to being concerned about other people violating their privacy online.
Perhaps most interesting was the level of concern US internet users admitted to having in regards to the government. 52% (almost the same percentage who had concerns about corporations) expressed concern about the US state violating... Link to the full article HERE

Gray Matter: Why Save a Language? 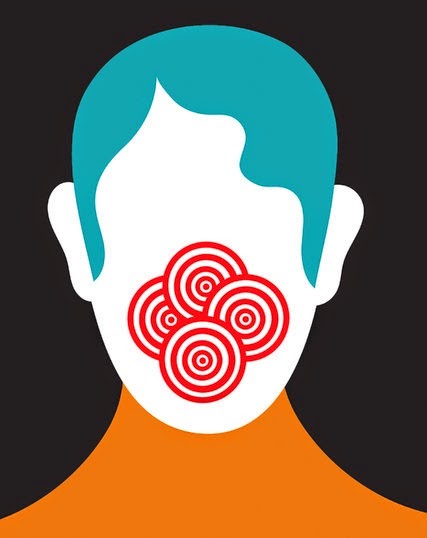 It’s a question I can expect whenever I do a lecture about the looming extinction of most of the world’s 6,000 languages, a great many of which are spoken by small groups of indigenous people. For some reason the question is almost always posed by a man seated in a row somewhere near the back.

Asked to elaborate, he says that if indigenous people want to give up their ancestral language to join the modern world, why should we consider it a tragedy? Languages have always died as time has passed. What’s so special about a language?

The answer I’m supposed to give is that each language, in the way it applies words to things and in the way its grammar works, is a unique window on the world. In Russian there’s no word just for blue; you have to specify whether you mean dark or light blue. In Chinese, you don’t say next week and last week but the week below and the week above. If a language dies, a fascinating way of thinking dies along with it.

I used to say something like that, but lately I have changed my answer.

Certainly, experiments do show that a language can have a fascinating effect on how its speakers think. Russian speakers are on average 124 milliseconds faster than English speakers at identifying when dark blue shades into light blue. A French person is a tad more likely than an Anglophone to imagine a table as having a high voice if it were a cartoon character, because the word is marked as feminine in his language.

This is cool stuff. But the question is whether such infinitesimal differences, perceptible only in a laboratory, qualify as worldviews — cultural standpoints or ways of thinking that we consider important. I think the answer... Link to the full article HERE 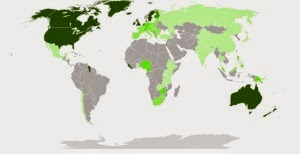 A map showing the percentage of English speakers in populations around the world. Light green means less than 20 percent of the population speaks English.

“Speak English! You want to make money, have an education, right?”

Too often today, children and adults alike are discouraged from speaking their native languages in favor of English, because speaking English will supposedly bring economic productivity. But has the world become so materialistic that prosperity is the only thing that matters? It seems that culture has taken a back seat. In the interest of prosperity, languages around the world are beginning to slowly disappear and lose salience in cultures that once revered them.

This shift in attitude is a result of cultural assimilation, something history is all too familiar with. Powerful countries commandeer, through various indirect channels, the use of their own language to influence weaker states. The prevalence of English in world affairs today has, in a sense, forced non-English speaking countries to learn it in order to function in the world economy. This change in linguistic preferences has led cultures to debase the value of their own languages to the extent that they increasingly resemble those of English speaking economic powers, most notably the United Kingdom and United States. It becomes more difficult to conceive of any positive implications of increased English usage, other than assimilation into a more globalized world.

The age of cultural assimilation has yet to be eclipsed by a new global power dynamic. However, language is more complex compared to conventional tools of influence, such as the use of natural resources and military conflict. People around the world have, in a sense, become their own dictators; they are actively debasing their native languages in favor of English. Former colonies, in addition to non-colonized countries, have chosen the language of their former colonizers (most evidently English and French) over their own languages as the “superior” form of communication.

For example, in the former British colonies of India and Pakistan there is growing sentiment against the use of native languages such as Hindi/Urdu, Tamil, and Punjabi. English generally has a higher status, and is considered the language of the educated. Punjabi, especially in Pakistan, has become the target of many semiotic indictments: speakers of Punjabi are considered indecent, uneducated, poor, etc. In Malaysia, also a former British colony, parents are increasingly sending their children across the border to Singapore, where English is commonplace and used in schools, regardless of the financial burdens doing... Link to the full article HERE
Email Post
Labels: bilingualism Language industry language service provider localisation company Swedish translations translation business translation news translation services language translators