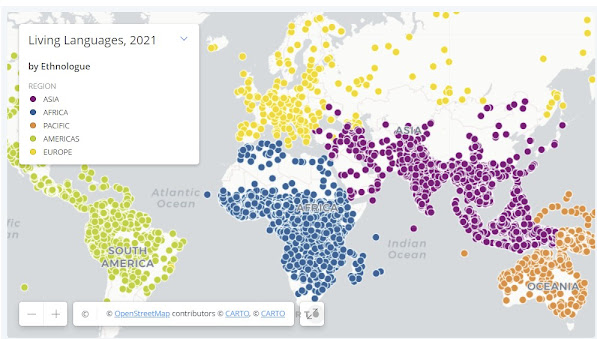 How many languages are there in the world?

That number is constantly in flux, because we're learning more about the world's languages every day. And beyond that, the languages themselves are in flux. They’re living and dynamic, spoken by communities whose lives are shaped by our rapidly changing world. This is a fragile time: Roughly 40% of languages are now endangered, often with less than 1,000 speakers remaining. Meanwhile, just 23 languages account for more than half the world’s population.

What countries have the most languages?

Papua New Guinea has the most languages in the world – over 800. Indonesia isn't far behind with over 700. Languages are spread unequally throughout the world. That trend is clear whether we’re looking at whole regions or individual countries.

What is the most spoken language?