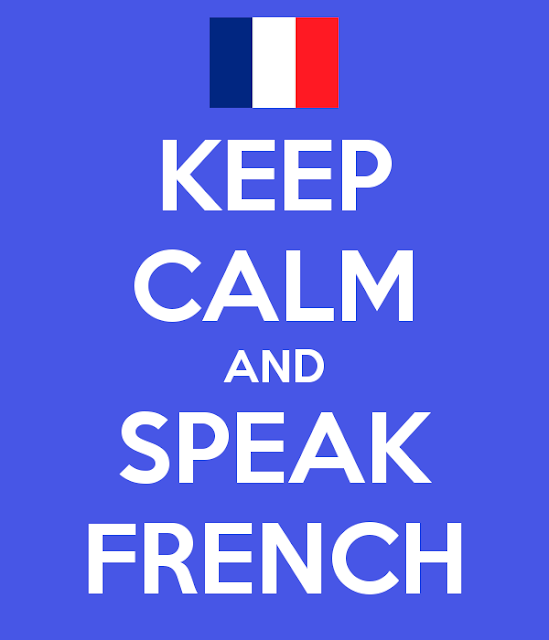 'Brussels English' could be vulnerable to French attack if the UK leaves the EU.

The loss of British influence in Europe would be felt in many ways, most likely resulting in a less neoliberal, free-market-oriented bloc. Recently I’ve written about the possibility of a more proactive EUenvironmental policy if the UK were to leave. But could a Brexit also affect linguistics?

Today The Local, an expat newspaper in France, published a tongue-in-cheek (note today's date) evaluation of what a Brexit would mean for the English language in Europe, given that it has long been in the crosshairs of the French government. They imagine a future where the Academie Francaise, France's notoriously strict language enforcer, would send patrols around the country looking for British expats who can't speak French. Given the (well-deserved) reputation of Anglophones for not sufficiently learning the langauges of the countries they move to, the April Fools article hits where it hurts.

But in fact there is truth behind this gag. Right now UK citizens have the right to live and work in France, and the government cannot require them to speak French in order to do so. Were the UK to leave the EU and not be allowed to join the European Economic Area, it would mean Brits would have to apply for a visa to live in France. And France could easily require language proficiency as a requirement for granting visas.

It's not as far-fetched as it might sound at first, and such linguistic effects wouldn't be limited to France. In fact the April Fools article is in response to actual French media speculation that the government will wage a campaign to eradicate English from Brussels if the UK leaves the EU.

Though there are 24 'official languages' of the EU, the bloc's institutions use three 'working languages' to conduct everyday business - German, French and English. This is based on the fact that these are the three largest countries in the union.

Germans, not particularly evangelistic about their language, have allowed German to slip into disuse despite the fact that it is by far the most widely spoken first language in the bloc (18% vs 12% and 13% for French and English). This has left English and French as the two de facto working languages, most clearly exemplified by the fact that the European Commission's daily midday press briefing is conducted in only these two tongues.

French has seen its preeminence dissipate following the 2004 accession of Eastern European countries, whose citizens sent to Brussels as civil servants are far more likely to speak English than French.

But France isn't giving up without a fight. They have waged a long battle against the English language under the guise of maintaining "multilingualism" (a thin veneer for enforcing the French language on others). The French government even pays for journalists and diplomats in Brussels to learn French, something I took advantage of for many years (thanks French taxpayers!).

Of course, this has been a losing battle. English has become the lingua franca of EU institutions and the businesses surrounding them, and French is mostly used in offices that skew older or Southern. The predominance of English has even created a sometimes hilarious non-native dialect we've come to call "Brussels English".

But the French have not given up, and perhaps some at the Adamie Francaise are licking their lips at the prospect of Brexit. Finally, France can strike back.

Link to the full article HERE