Mark Zuckerberg: we ourselves are not a media company. Zukerberg about the future of Facebook, virtual reality and artificial intelligence 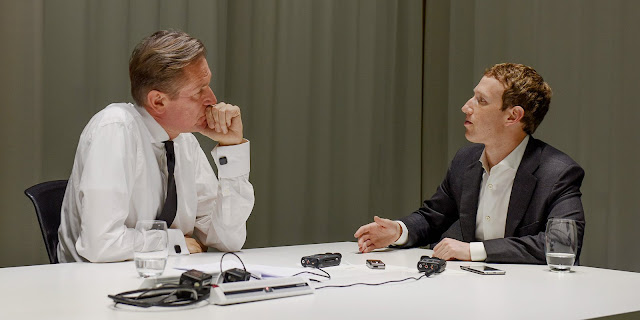 Mark Zuckerberg talks about the future of Facebook, virtual reality and artificial intelligence

Facebook founder and CEO Mark Zuckerberg sat down with Axel Springer CEO Mathias Döpfner for the German newspaper "Die Welt am Sonntag" last week in Berlin. Zuckerberg was given the first-ever Axel Springer Award for being an exceptional innovator and entrepreneur. This is an excerpt from an interview given to Die Welt/Welt am Sonntag.

Döpfner: Where's the limit for Facebook? Do you see any limit?
Zuckerberg: We are very focused on our mission of giving people the power to share in the ways that they want and connecting everyone in the world.
Döpfner: What is the biggest risk for Facebook? Is your worst enemy your own success in a way?
Zuckerberg: I think it always is. Companies face a handful of different risks, whether it is competitors or different market environments. But I think that people focus way too much on competitors and not enough on their own execution. And I think if we just do a good job executing, then that to me is by far the biggest variable in what we achieve.
Döpfner: Is Facebook a distribution platform or a publisher?
Zuckerberg: Definitely a distribution platform.
Döpfner: Why don't you want to become a publisher?
Because we’re a technology company. I think the platform is the core of our product that people use to share and consume media, but we ourselves are not a media company. That’s why this partnership strategy of working with others who know better how to create exciting contents is so crucial. We want to remain a technology company.
Döpfner: How do you perceive the hate speech debate in this context?
Zuckerberg: While we generally believe in free speech and giving everyone as much ability to speak as possible, in practice there are lots of barriers to that, whether it’s legal restrictions, technological restrictions or you can’t share what you want if you don’t have access to the internet.
And there are social restrictions where someone could be suppressing someone else’s freedom to express themselves. So our North Star is that we want to give the most voice possible to the most people.
Of course, hate speech and racism have no place on Facebook. We have clear Community Standards and teams to enforce them. In addition, we work closely with governments and local organizations to be certain we are applying the Standards appropriately for local conditions and to identify and remove hateful or threatening content.
For example, in light of the threatening speech directed towards migrants in Germany, we now remove that content from our service.
Döpfner: And also not to decide what more than a billion users read or not. This would be editorial work, the task of a publisher. I think it would be a much greater threat if a global company with more than a billion users per day used subjective criteria to determine who may read and write what. This is why the debate is misleading. For a technological communications platform, the sole restrictive framework should be the framework of the laws.
Zuckerberg: You and I agree, however, not everyone shares our view.