How Many Languages Your Startup Needs To Know 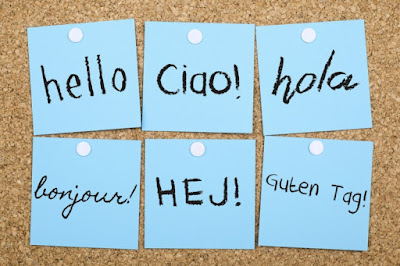 Siri can handle questions and make jokes in 17 languages. Is that a lot or little? How many languages must your startup know to reach its entire target audience? We studied some of the most successful companies and found some interesting results.
Functionality and price explain only part of the success of many startups. The popularity of many “go-to” services also owes to beautiful, easy-to-use mobile and web interfaces combined with an edgy brand voice. And doing so requires good writing and excellent translation.
Check out the Hotel Tonight app and the quirky-yet-fresh copy that draws you in. Or catch a ride with Uber in France, whose interface stylishly adjusts to let you order by tapping “Commander ici.” Conversely, poorly translated or bland interfaces can discourage users from purchasing.
Over the last decade, the tech industry has gotten very good at scaling technology. A startup can go from 100 users to a million without blinking, and the same applies to new markets. Startups are fighting for global domination and local market share, which compels them to constantly localize their products, increase regional availability, and set up support centers.

To date, the content localization process has been painfully linear and incremental. Every time you add a new market with a new language, you need to bring over all of your existing content to match. So Hotel Tonight, for example, has to localize over 3,500 hotel listings for each new language. Airbnb, Uber and their ilk face enormous avalanches of content to localize, as well. So at which point do the costs of localization outweigh the gains for budding startups?
Last year, more than 50 percent of U.S. companies sold products and services outside of the U.S. In 2015, reaching 90 percent of the online audience worldwide requires localization into more than 25 languages. To reach the same proportion of web surfers in 2020, you will need 48 languages (data from SVB IEO Report 2014).

We studied the language issue empirically, looking at “unicorns” as a way to identify the languages and markets addressed by the most successful startups. These unicorns are members of the club of tech outfits and venture-backed private companies valued at USD $1 billion or more. Of the ones in our sample, 35 of them are U.S.-based (including such heavyweights as Uber and Airbnb) and 15 are located in Asia.
The unicorns are innovation leaders in software, e-commerce and more. So then we started wondering: what are the differences in internationalization between U.S. unicorns and Asian ones? Which languages do these companies “speak” with their customers?
We have been researching this language phenomenon for one month now and have identified dozens of startups. For example, Tinder speaks 33 languages and it covers the most of any unicorn, which speaks of the company’s global ambitions. Uber is next, with 32 languages (including Bokmål and Hebrew). Jawbone and Box follow, and Pinterest is surprisingly well localized, boasting around 30 languages.
You don’t need a Ph.D. to see that the commitment to internationalization is very different between the two regions. Asian startups are lagging behind their American competitors. U.S. unicorns utilize at least 5x more languages.
Link to the full article HERE