Finland is renowned for mobile phones, design and Moomins 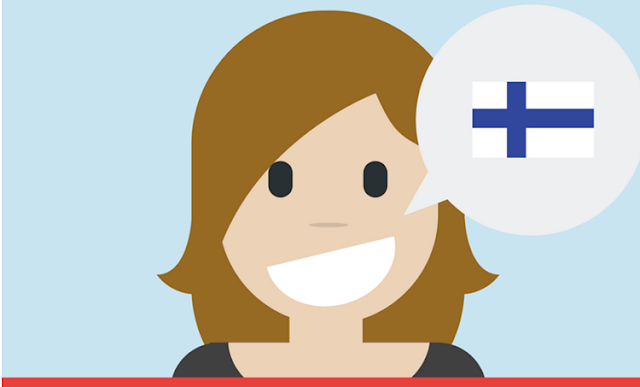 Finland is called 'the land of the thousand lakes', as inland lakes and rivers make up 10% of the country. The large areas of forest cover almost two thirds of the land mass. Only 6% of Finland is arable.
Finland has a population of 5.5 million, around a million of whom live in the area in and around the capital city, Helsinki.
A significant Swedish-speaking minority lives in Finland, so Finnish and Swedish are both official languages.
Finland is a republic. The president, who is directly elected by the people, has real power over foreign affairs, EU policy and major military decisions. In all other matters, the parliament is the the country's highest authority.
Finland is a member of the EU, and its currency is the euro. The country is not a member of NATO.
The forestry, technology and metal industries are Finland's most important revenue sources.
GDP per capita is EUR 28,700 (2013).
Total area: 338,430 km2
Land area: 303,890 km2
Lakes and rivers: 34,540 km2
Arable land and horticulture: 22,672 km2
Forests: 227,690 km2
Largest lake: Saimaa 1,377 km2
Highest point: Mount Haltia 1,324 m
Mainland coast line: 6,308 km
Average temperature in Helsinki (1961-1990): January -6.9° C, July 16.6° C
Precipitation in Helsinki (2005): 648 mm
Population (2016): 5,503,297
Population of Helsinki (2016): 1,138,502 including suburbs (1)
National day: 6 December (Independence Day)
Form of government: Republic
Parliament: Eduskunta (200 seats)
EU membership: Since 1 January 1995
NATO membership: No
Head of state (since March 2012): President Sauli Niinistö
Head of government (since June 2019): Prime Minister Antti Rinne
Currency: Euro
Official website: www.finland.fi
Official language: Finnish and Swedish
1) Helsinki, Espoo, Kauniainen, and Vantaa