The Guardian: Clumsy and Insensitive Translations Can Ruin the Enjoyment of a Foreign-language Film 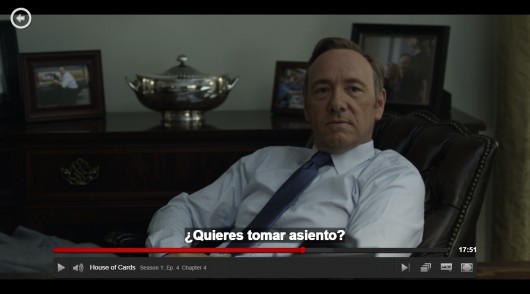 This year, however, subtitles have been attracting more attention than usual. In January, Alfonso Cuarón condemned Netflix’s decision to add Castilian-Spanish subs to his film Roma as “parochial, ignorant and offensive to Spaniards”, who presumably couldn’t be trusted to understand the Mexican accent. Two days later, the Castilian subtitles were removed.


But criticism of Roma’s subtitles didn’t stop there. In February, the ATAA (Association des Traducteurs/Adaptateurs de l’Audiovisuel) pointed out that the film’s French subtitles were full of grammatical errors, spelling mistakes and mistranslations. The ATAA’s chairperson, Ian Burley, who has been subtitling French, Belgian and Italian movies for more than 30 years, also took a look at Roma’s English subtitles, and found them riddled with stylistic inconsistencies, sloppy synchronisation and clumsy line breaks or punctuation, all of which are liable to distract or discombobulate the viewer. And in the riot scene, a woman’s desperate exhortation of “Vamos!” (“Come on!”) to a dying man whose head she is cradling is clumsily translated as “Let’s go!” – as though she thinks he is dawdling.

Concerned not just by the problems with Roma, well publicised because of the Oscar-winning film’s high profile, but by a more general decline in subtitling standards, AVTE (AudioVisual Translators Europe) is collaborating with its member associations (including the British Subtitlers’ Association, Subtle) in a call for film-makers to cooperate more closely with professional subtitlers, reminding them that subtitling is a craft – an art, even – that ought not to be left to amateurs or automatic translation software.


Nowadays, clients provide translators with digital copies of the film, usually (but not always) with a transcript of the dialogue. Sometimes when the film reaches the subtitler, it has already been “spotted” by a subtitling lab, although the younger generation of subtitlers often do their own “spotting” – the technical process that fixes the entry and exit point for each subtitle and provides the character count for optimum legibility. “In a perfect world,” says Burley, “a subtitle will never go over a change of shot, but that is becoming increasingly difficult to avoid in today’s films, which are often more rapidly edited than older movies.”
The art of translation requires more than just fluency in several languages, and there is a lot more to it than simply translating the dialogue. “The subtitler must decide what to prioritise at any given moment, in order to best serve the interests of the film,” says David Buchanan, a freelance translator specialising in French to English subtitling, and a member of Subtle. “For instance, legibility. Is the subtitle clearly laid out? Does the text flow in a clear and logical way? Is the subtitle on screen long enough for the viewer to read it properly?”


Jacqueline Ball, a freelance translator specialising in German to English subtitling, says: “With subtitling, unlike text translation, you often have to make very difficult choices regarding what you can retain due to reading speed (which, on average, is 15 to 17 characters a second for adult viewers), how many characters fit on a line (usually between 37 and 42) and the number of lines – which, in foreign-language subtitling, as opposed to hard-of-hearing subtitling, is always limited to two.”
It’s also important for subtitles to take into account the characters’ ages, social class, personalities and moods, as well as the historical period in which a film is set.

A knowledge of the plot is essential; when space is tight, you can’t cut dialogue about a gun if someone is going to be firing it in the third act. Other elements that must be taken into account are the rhythm of the language, as well as subtext. “The screenwriter has engineered all sorts of implications and resonances that work at a deeper level,” says Buchanan. “So a subtitler needs to be aware of the film’s underlying themes, symbolism, stakes and so on.”


Linguistic variations in syntax, formality and grammatical gender pose their own problems. Ball cites the use of “Sie”, the polite German form of “you”, and the less formal “du”. “Germans will often ask each other, ‘Sollen wir uns duzen?’ [‘Shall we use the du form?’] which, of course, cannot be rendered literally into English. Usually you get round it by saying something like, ‘Shall we use first names?’”